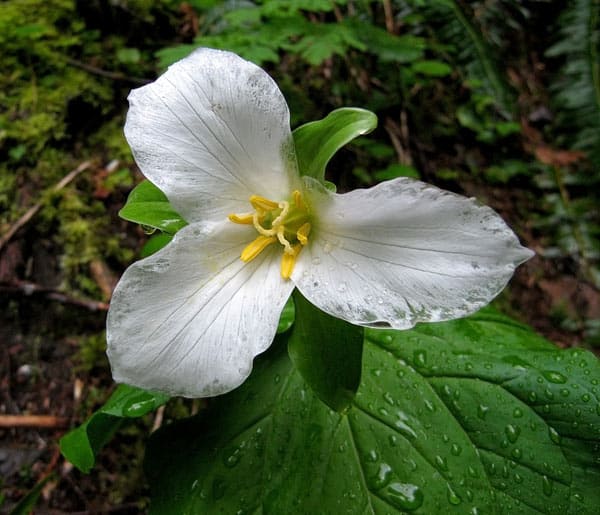 Trillium ovatum, the Western Wake Robin, Pacific Trillium, or Western White Trillium, is a member of the Trilliaceae family, or sometimes included within the Liliaceae or Melanthiaceae. It occurs in parts of the western United States and western Canada, usually in rich forest. In the northern part of its range, which includes southern British Columbia, extreme southwestern Alberta, Washington, Oregon and east to Montana, Wyoming and northern Colorado, it often grows under Douglas-fir. Other trees which frequently shade this trillium include grand fir, western red cedar, and western hemlock; bigleaf maple, red alder and Sitka spruce join in near the coast.

Near California shores, it is common under coast redwood. Associated understory plants include swordfern, vanilla leaf, violets, redwood sorrel and salal. Occasional Trillium ovatum plants have petals that are maroon rather than the typical white. This is not to be confused with the typical pinkness observed as the petals age.

To learn more about additional wildflowers and where to see them click here.