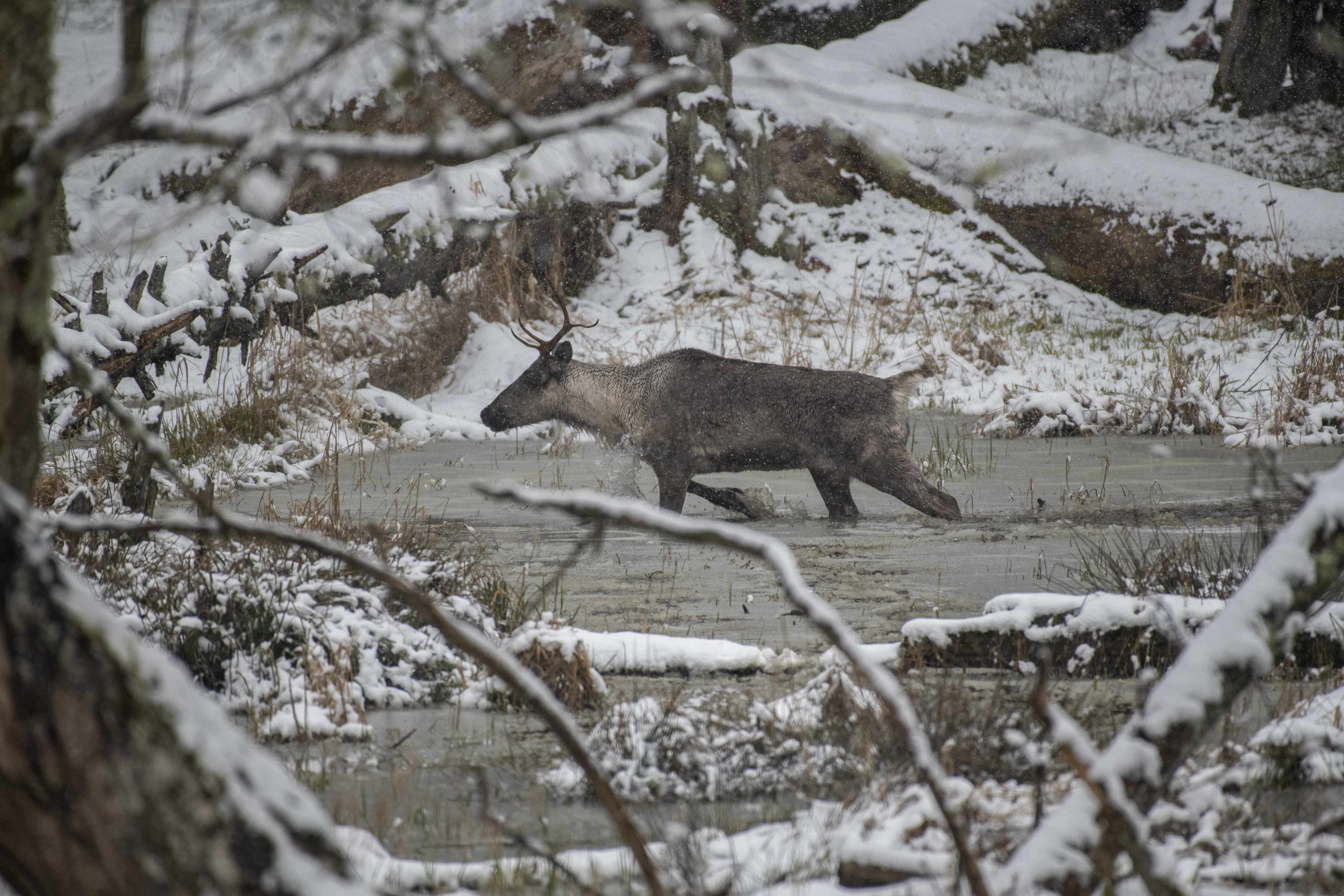 A Reindeer’s Close Relative: The Caribou

Reindeer tend to steal the spotlight in December, but this year it’s their close relative, the caribou, that are turning heads at Northwest Trek Wildlife Park. For the first time ever, many of the caribou are staying out in the park’s 435-acre Free-Roaming Area during the fall and winter months.

In past years, the caribou were separated from the other animals in their own 15-acre forested enclosure during the fall and winter.

“That’s the time of year when rut, also known as breeding season, can cause the larger and stronger elk to be more aggressive,” said Keeper Dave Meadows. “So we’d move the caribou into their own area to protect them.”

Keepers have worked hard over the last year to construct a protected feeding area specifically for the caribou, which allows them to have a refuge from the elk if and when they need it. The elk, moose, and bison are too big to fit through the chute the caribou walk through to get to that area.

“Most of the caribou are now able to come and go as they please between the two areas,” said Meadows. “But we still do keep three of the breeding bulls housed separately for safety reasons.”

Currently, there is one bull (male) and nine cows (female) able to roam freely.  In the later winter months, once the rut is over and the other bulls’ testosterone has calmed down, they will be shifted back out with the rest of the herd in the Free-Roaming Area. The keepers will know it’s safe to release them back out once their antlers drop.

“The caribou are such mystical animals and it’s so great to be able to have so many of them out in the Free-Roaming Area this time of year for visitors to see,” said Meadows.

Their clopping of hooves and their big heavy antlers have many people mistake caribou for reindeer.  While they are the same species, they are not the same animal. In Europe and Asia, they are called reindeer. The word reindeer often refers to domesticated animals, while caribou refers to the wild populations found here in North America. But, Santa says he loves them all the same!

Woodland caribou are endangered in the United States. Only a few are seen each year south of the Canadian border. At around 4-5 feet in height, they’re smaller than elk and moose, but bigger than the black-tailed deer that also share Northwest Trek’s large Free-Roaming Area.