Huckleberry Picking in the Foothills of Mt. Rainier - Visit Rainier 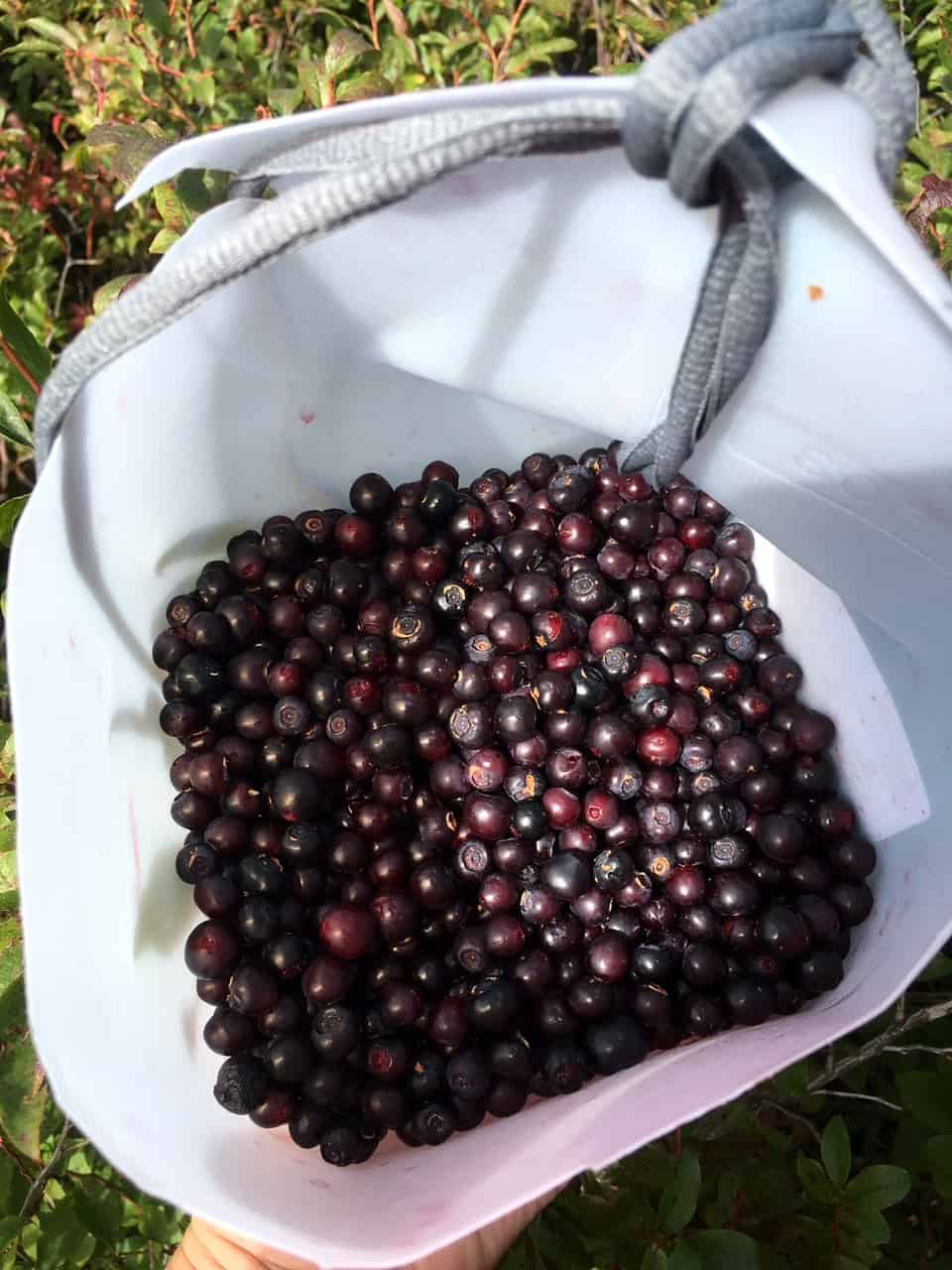 Growing up one of my favorite children’s books was Blueberries for Sal by Robert McClosky. It is a story about a girl, Sal, and her mother who are gathering blueberries. At the same time a bear cub and its mother eat berries from the other side of the same hill, and they end up meeting. It is a sweet story and every time I think of wild berry picking, it comes to mind. It was likely resonating somewhere in my temporal lobe the day my friend suggested we take our kids out to pick huckleberries around Mt. Rainier.

She had enchanted me with tales of her delicious huckleberry pancakes, while reminding me that huckleberry picking is an end-of-summer tradition around here. Besides that, her husband had given her a map to a ‘secret’ location, thick with berry-loaded bushes where we could pick bushels of berries in short order. Visions of sticky-faced kids, cheeks stuffed plump with tart pancakes; and of the adventures of Sal and her mother, and the friendly bears (!) sealed the deal for me.

Four women, five children, and one prissy mini Goldendoodle took to the foothills just outside Greenwater in search of Cascade Huckleberries. The day was pleasant and the mountain played peek-a-boo through a few high-level clouds. As it turned out, my friend’s husband is no Magellan, so we spent an extra hour of our morning deciphering his map and making reasonable guesses as to where we were really supposed to go. We met dozens of dirt bikers and a 20-Jeep procession from a local Jeeping club (things never encountered by Sal and her mother) before finding our way to the ridge he had been alluding to, about 5,000 feet in elevation, adjacent to a burn.

Much like Sal, the kids in our group were more interested in eating berries than actually gathering them. Ultimately they divided themselves by gender, the boys finding trees to climb while the girls took selfies and played hide and seek. The prissy mini Goldendoodle sniffed around a bit, but preferred the comfort of her leather-seated SUV to any real hillside exploration.

After a picnic lunch in the sun, the mothers of the group picked more huckleberries for the better part of two hours, never encountering any bears, though we saw some sign that both bear and elk had visited the area.

Me, thinking myself funny: “Have you ever tried elk berries?” I asked my friend.

Me, realizing I’m not funny and that my joke did not resonate: “Um, I wouldn’t think so.”

In the end I had procured half a gallon of huckleberries, which I used to make a couple dozen homemade muffins, and still had some left over to freeze for future pancakes.

Cascade Huckleberries are deep blue and are found in sub-alpine coniferous woods and alpine meadows at elevations between 2,000-6,000 feet. They are extremely flavorful due to high concentrations of esters and ketones, and are usually ripe in August.