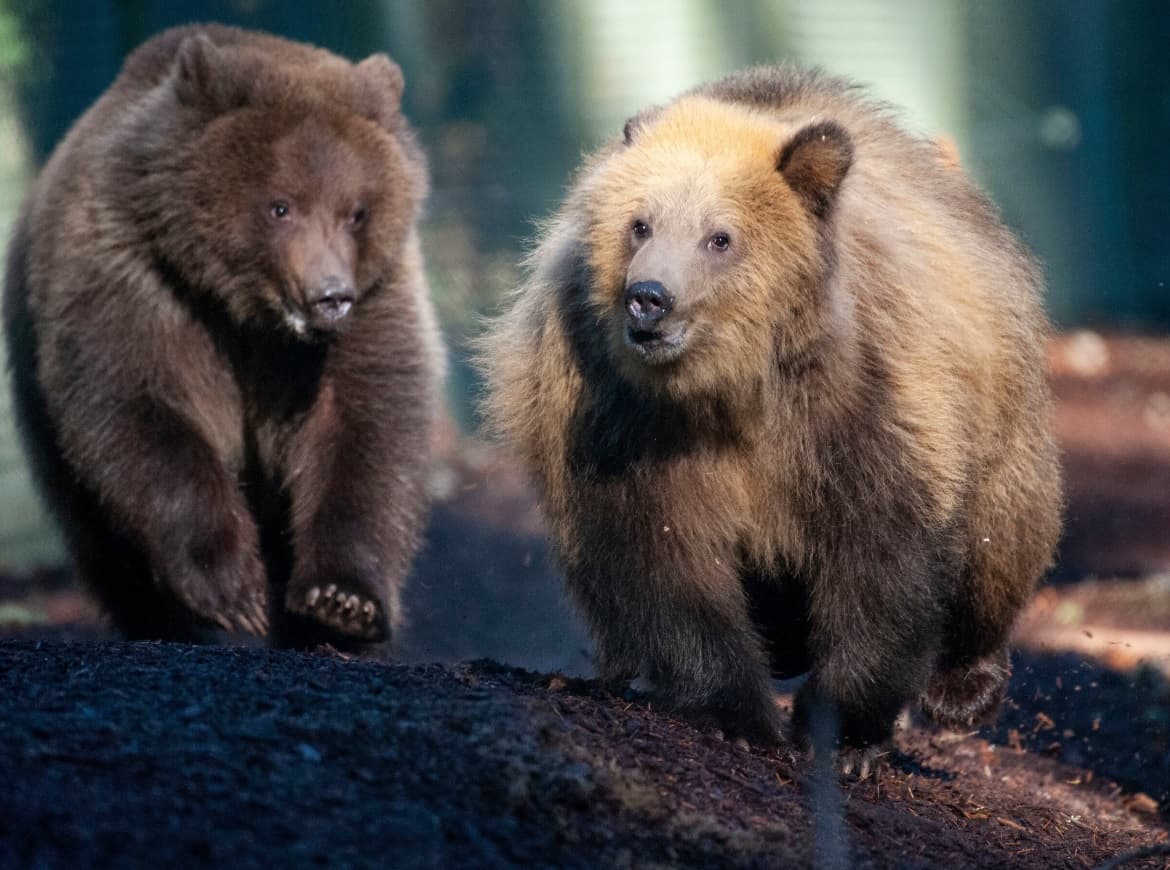 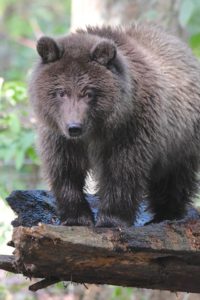 Huckleberry enjoys hanging out by the pool, in the forest, and wherever his powerful olfactory senses can sniff out food. Hawthorne likes standing on the log over the pool. But come this weekend, they could spend more time chasing one another around and playing than partaking in solitary activities.

The two grizzly cubs Huckleberry from Montana, and Hawthorne from Alaska – were orphaned in the wild earlier this year. Each needed intensive care by humans in order to grow and thrive; they are not releasable back to the wild.

Instead, they have a new home at the wildlife park near Eatonville, Washington where they are serving as ambassadors for their species and helping Northwest Trek staff members tell the story of the perils their species face in the wild.

Both of the cubs have been eating voraciously and growing about a pound a day, each now in the 130-pound range, bear keeper Angela Gibson said.

And in the two months, they’ve been at Northwest Trek, they’ve grown comfortable with their keepers and, most importantly, have been getting to know each other. 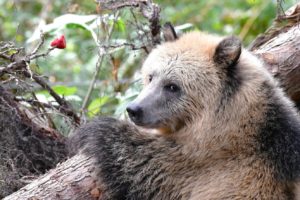 Exactly the outcome you’d want for two adoptive “brother” bears who are sharing adjacent dens and will roam their forested habitat at the same time, exploring, foraging and, yes, playing.

“They play hard – and they eat a lot,” Gibson said with a smile.

Hawthorne, a chocolate-brown cub from Alaska, was found near Nome and cared for by staff at Alaska Zoo until he could travel to his new home at Northwest Trek. The buff-colored Huckleberry was found on Blackfeet Nation lands in Montana and cared for by Montana Wild staff.

The cubs made their separate public debuts at Northwest Trek last month. Their habits are similar. After a couple of hours of hard playing, each cub is ready for lunch and a nap.

“You can just see the energy change,” Gibson said. “They’ll be running all around, then suddenly sit down like – ‘Right. I’m done.’ ”

Northwest Trek has a long history of caring for grizzly bears, telling the story of their endangered status in Washington and advocating for their return to the North Cascades. “We expect these two grizzly bears to inspire generations of our guests,” said Zoological Curator Marc Heinzman. “They will be incredible ambassadors for their species. We are pleased that we were able to provide them with a home.”