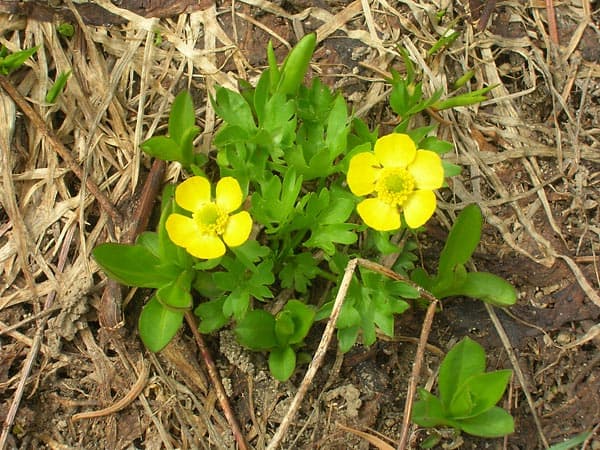 Ranunculus eschscholtzii is a species of buttercup known by the common name Eschscholtz’s buttercup. It is native to much of western North America from Arctic northwestern Canada and Alaska to California to New Mexico, where it grows in meadows and talus on high mountain slopes and other open rocky habitat. It is a perennial herb producing one or more erect stems up to 20 or 25 centimeters tall. The lower leaves have somewhat rounded blades each divided into a few lobes and borne on long petioles. Any upper leaves are smaller and not borne on petioles. The herbage is hairless and sometimes waxy in texture. The inflorescence is made up of one to three flowers on narrow pedicels. The flower has five to eight oval or rounded shiny yellow petals up to 1.5 centimeters long each around a central nectary with many stamens and pistils. The fruit is an achene borne in a cluster of 17 or more.

For additional information on wildflowers in the Mount Rainier region click here.