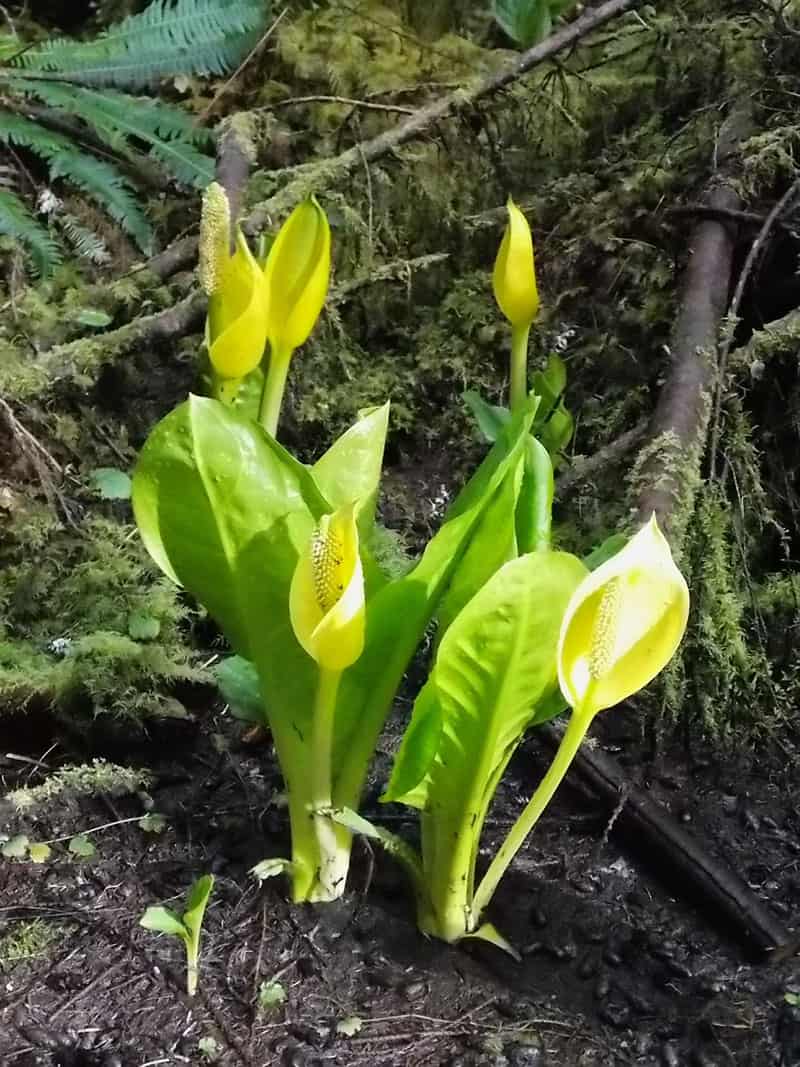 Lysichiton americanus, also called western skunk cabbage (USA), yellow skunk cabbage (UK), or swamp lantern, is a plant found in swamps and wet woods, along streams and in other wet areas of the Pacific Northwest, where it is one of the few native species in the arum family. The plant is called skunk cabbage because of the distinctive “skunky” odor that it emits. This odor will permeate the area where the plant grows, and can be detected even in old, dried specimens. The distinctive odor attracts its pollinators, scavenging flies and beetles. Although similarly named and with a similar smell, the plant is easy to distinguish from the Eastern Skunk Cabbage (Symplocarpus foetidus), another species in the arum family found in eastern North America. The plant grows from rhizomes that measure 30 cm or longer, and 2.5 to 5 cm in diameter. The leaves are the largest of any native plant in the region, 50–135 cm long and 30–80 cm wide when mature. Its flowers are produced in a spadix contained within a large, bright yellow or yellowish green spathe 30–40 cm tall; it is among the first flowers to appear in spring. Unlike the genus Symplocarpus (which includes S. foetidus, the eastern skunk cabbage), the flowers of Lysichiton species do not produce heat, although this is widely and incorrectly said to be the case