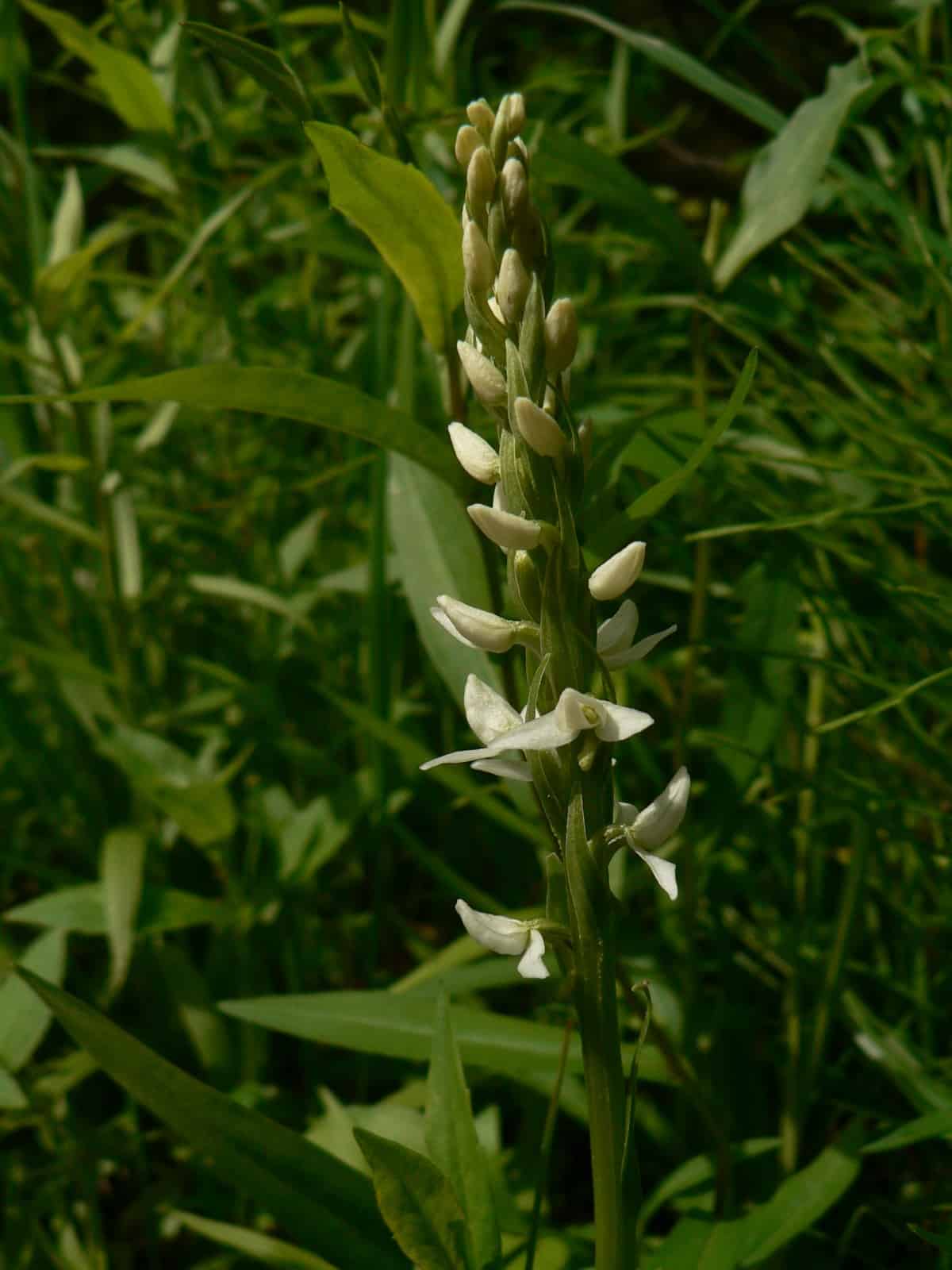 Piperia is a genus of the orchid family Orchidaceae. These plants are known as rein orchids. They are native to western North America, especially California and the Pacific Northwest. This genus has the following characteristics: (a) a bisexual perennial nongreen plant that grows from buried tubers; fruit capsule bearing numerous minute seeds; (c) pollen that is sticky, and which is removed as sessile anthersacs; and (d) stigma fused with its style into a column. There are a total of ten species in the genus Piperia, which is named for American botanist Charles V. Piper. The genus members manifest generally cylindrical spikes or racemes.