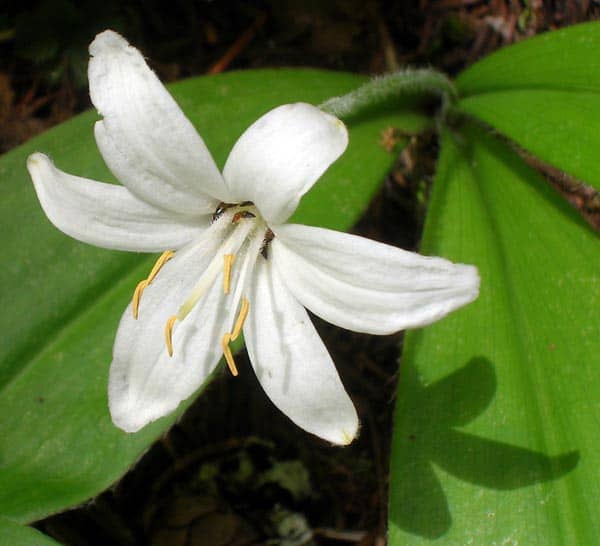 Clintonia uniflora is a species of flowering plant in the lily family known by several common names, including bride’s bonnet and queen’s cup. This rhizomatous perennial, a member of the bead lily genus, is native to the mountains of western North America from California to Alberta. It grows in the understory of coniferous forests. This flower has only two or three leaves located at the base of its stem, but they are several centimeters wide and can be much longer. It bears flowers singly or in inflorescences of two or three. The small simple flower has six white tepals and six protruding white stamens with pollen-dusted anthers. The flower is replaced atop the stem by a round blue berry up to a centimeter wide.