Own a Piece of Northwest Trek History - Visit Rainier 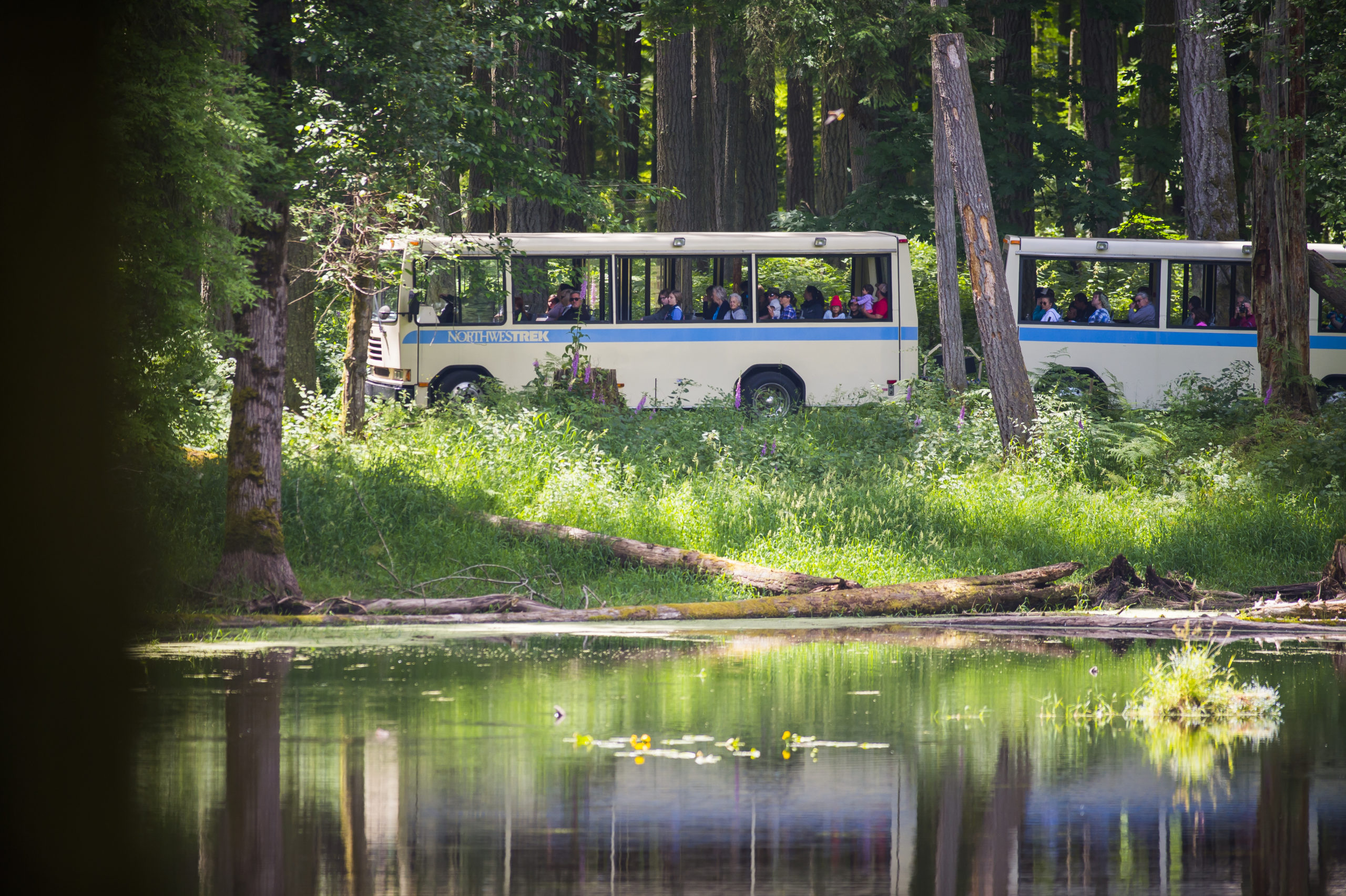 Five original trams from wildlife park up for auction

June 7, 2022 EATONVILLE, Wash.– Discovery Tram Tours have been a staple of Northwest Trek Wildlife Park since 1975, when Northwest Trek officially opened to the public. On opening day on July 17, 1975, guests piled into three propane gas-fueled minibus sightseer trams for an hour-long experience, passing animals like bison, deer, elk, bighorn sheep, moose, mountain goats and caribou roaming freely among one another in a wide-open space.

The wildlife park saw big success in its early years, with 199,148 visitors in the first full year of operation. In 1994, the park set an all-time attendance record with more than 210,000 visitors, and just a few years later in 1999, two new trams arrived.

In 2020, with the Covid-19 pandemic causing operations to cease, Northwest Trek officials decided it was time to replace the old trams with new electric trams that are cleaner, quieter, more efficient, and significantly better for the environment (coming soon).

“We understand the community’s nostalgic feelings for these 1975 and 1998 trams,” said Northwest Trek Deputy Director Rick Dietz as he reflected on the role the wildlife park has played in the lives of kids and families over the years. “We are excited to continue to build memories and connect local families to wildlife for years to come when our new electric trams make their debut.”

Northwest Trek hopes the auction will provide opportunities for those with strong sentimental feelings to acquire some of the trams as mementos from those happy times.

Both groups of trams have a starting bid of $1,000. Proceeds from the auction will help fund the cost of the new electric trams and general support for Northwest Trek.

The auction running from June 6 – 27 will be administered by the State’s Department of Enterprise Services. The trams will be listed under “Automobiles” from the state’s auction page: govdeals.com/wasurplus.

Contact Earle Blomberg at 253-320-8042 or earle.blomberg@nwtrek.org or Nikki Myers at 360-972-4536 or nikki.myers@nwtrek.org for questions regarding the condition of the trams, to schedule a viewing appointment (Monday-Sunday 8am-12pm beginning June 12, 2022), or to discuss pick up following the close of the auction.