THE FIRST BISON CALVES OF THE SEASON ARE BORN 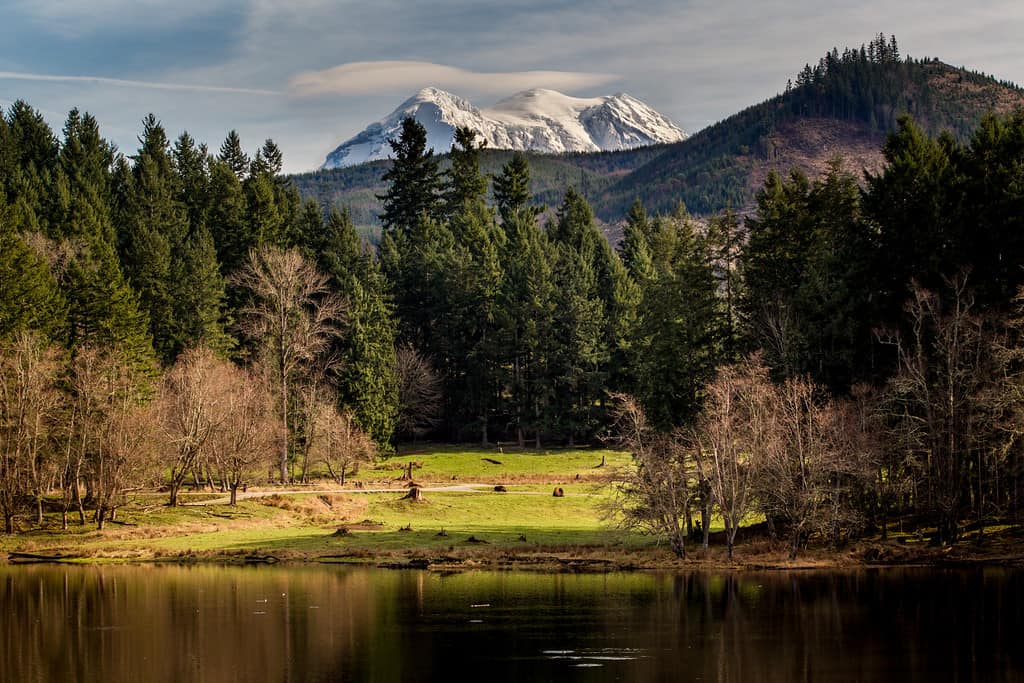 JUST IN TIME FOR MOTHER’S DAY: THE FIRST BISON CALVES OF THE SEASON ARE BORN AT NORTHWEST TREK WILDLIFE PARK – AND MORE ARE EXPECTED IN COMING WEEKS 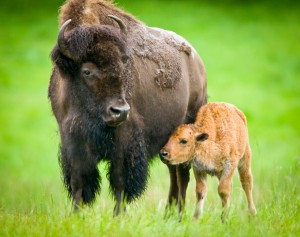 It’s baby animal season at Northwest Trek Wildlife Park. The first two bison calves of the season were born a few days ago, a perfectly timed entrance with Mother’s Day just around the corner.

Animal caretakers at the wildlife park near Eatonville expect more calves among herds of American bison, Roosevelt Elk, woodland caribou, and Columbian black-tailed deer in the next few weeks.

And one lamb is already getting nurture from its bighorn sheep mother on one of the wildlife park’s hillsides.

Spring and early summer are traditionally a great time to visit the wildlife park, take a narrated tram ride through the 435-acre Free-Roaming Area and keep an eye out for the newborns.

Mother’s Day, May 13, is a great time to take mom out for a little nature watching.

Bison calves wobble around a bit at first, but their little legs grow steadier as days go by. And there’s nothing quite like watching a newborn bison calf – its fur a distinctive reddish-orange color –hurrying to keep up with its mama, then ducking its head under her girth to nurse.

Bison once roamed America’s Great Plains by the millions, but they were coveted for their meat and pelts and their numbers dwindled to only about 1,000 scattered across the country by the early 1900s.

Careful conservation planning by committed groups, including the American Bison Society, was used to regrow herds.

Northwest Trek’s bison herd traces its roots to the fall of 1971. At that time, six animals from the National Bison Range in Montana were contributed by federal authorities to the fledgling wildlife park, Northwest Trek co-found David T. “Doc” Hellyer wrote in his memoir, “At the Forest’s Edge.”

A newborn bison calf nurses from its mother at Northwest Trek Wildlife Park on Wednesday.

The bison herd was well established when the wildlife park opened its gates to visitors nearly 43 years ago, on July 17,  1975.

In addition to the 40-minute tram tour of the Free-Roaming Area, every ticket to Northwest Trek comes with the opportunity to wander forested pathways and stop at exhibits featuring bears, wolves, foxes, Canada lynx, bobcats, river otters, and other native Northwest animals.

Also free with membership or admission is the opportunity for kids from toddlers to tweens to explore the half-acre, nature-
inspired Kids’ Trek playground.

Children have hours of fun on the play structures, splashing in the stream, building creative structures out of sand and sticks, and getting closer to nature in the half-acre play area.

Northwest Trek is open from 9:30 a.m. to 4 p.m. Mondays through Fridays, and until 5 p.m. on Saturdays and Sundays. The wildlife park will be open on Memorial Day.

For more information about Northwest Trek, go to www.nwtrek.org.

For area lodging near the wildlife park click here.