How To Read The Clouds At Mt. Rainier | Visit Rainier 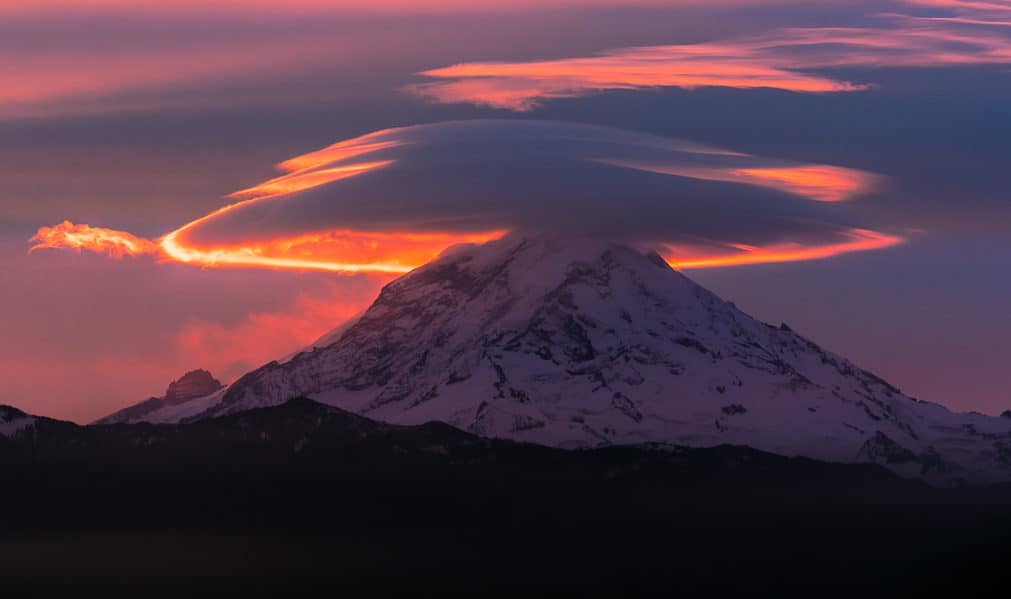 Here’s an easy way to forecast the weather. Since weather systems and associated precipitation usually move in from the south and west, look south (see photo 1) and if it is clear, it indicates dry weather for the next twenty-four hours.

If we look south and west and we see high cirrus clouds moving in (photo 2), this might result in precipitation in twenty-four hours.

If the next cloud we see is a lenticular cloud (photo 3), along with a continued falling barometer, then it is becoming apparent that precipitation is likely within twenty-four hours or less.

So far from this sequence of clouds the one fact that seems certain is wet weather is on the way. The photo below (photo 4), taken several hours later, would confirm this. We may expect precipitation in five hours or so. Another great indication that precipitation is coming soon is wind. In this case, the winds at Burroughs Mountain were at 40 mph from the south.

To summarize, this is a typical progression of clouds from a weather system moving in. The moral of the story is you don’t have to be a weatherman to know which way the wind is blowing or if you are going to get wet soon.

– Michael Fagin
Michael Fagin is a forecaster for Washington Online Weather and appears periodically on KUOW for the weather and hiking segment. Check out his weather outlooks at faginweatherworld.blogspot.com