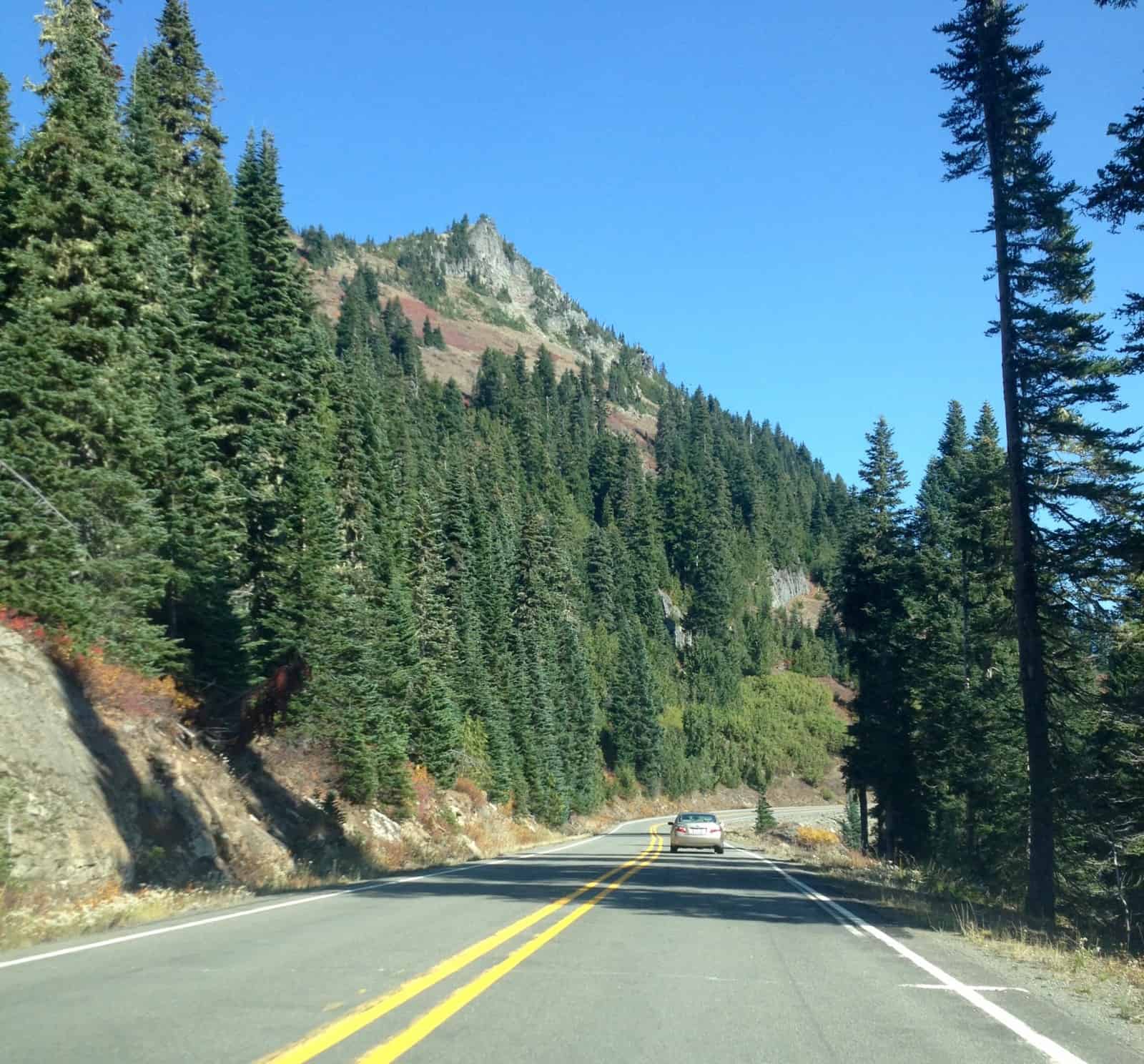 With a strong sense of exploration, several synonyms for yellow, and 16 ounces of pumpkin spiced goodness, I synced my iPod and directed my car towards Mt. Rainier National Park in search of autumn awesomeness.   The best thing about fall color drives around Mt. Rainier is, of course, the mountain itself, but also that the two major roadways around the Park are both designated National Scenic Byways.

I started along the Chinook Pass route, which was not nearly so crowded as in summer months.  This gave me plenty of time to notice hillsides-bejeweled in chartreuse and grass green only a few months before-had seasonally transformed themselves into copper-colored canvases.   A quick stop at Silver Springs campground to watch spawning Coho salmon was an added bonus.  Silver Springs creek literally ends at a hillside within the campground.  Seeing salmon reach their final spawning destination, as far as they could possibly be from the ocean, was pretty awe-inspiring.

My second stop at Lake Tipsoo at the top of Chinook Pass afforded not only iconic views of Mt. Rainier but a nice, level hike around the lake itself.   Lakeside, the huckleberry bushes had turned crimson and orange, while a bear grass backdrop offsets the scene with a pleasant creamy hue.

The drive continued to the intersection of Hwy 410 and Hwy 12, where I turned right to head west on the White Pass Scenic Byway.  Here I found larch in addition to the maple so prevalent on the west side of the pass.  Their brilliant needles offered a complimentary contrast.

At the intersection of Hwy 12 and Hwy 123, Cayuse Pass, I turned right and followed 123 back into the Park towards Hwy 410.  A quick hike to the Grove of the Patriarchs rewarded me with a view of the distinctly glacial blue waters of the Ohonapecosh River and the canary and blonde-colored leaves of the maples that skirt its banks.

Fall color around Mt. Rainier is best enjoyed in September and October, as crowds have gone and snow hasn’t yet fallen, so most thoroughfares remain open.  Skate Creek Road between Packwood and Ashford offers a host of autumn hues and miles of twisty pavement, pleasing for both driving enthusiasts and color chasers.