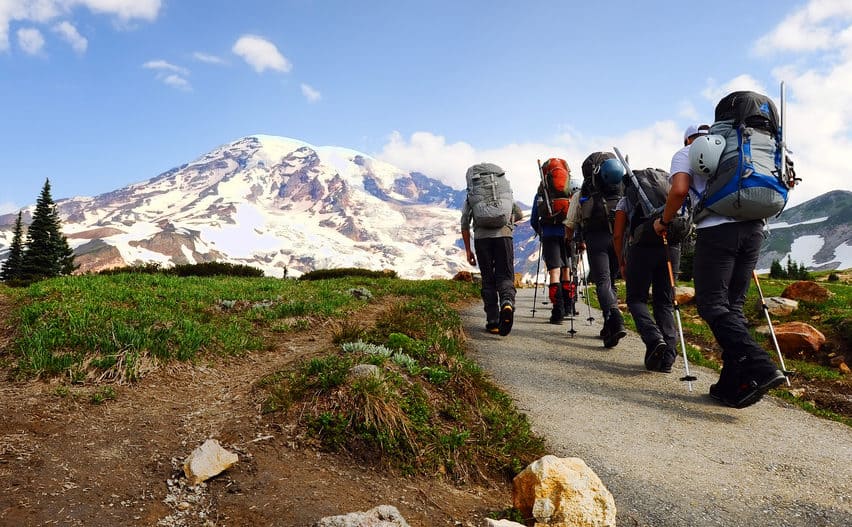 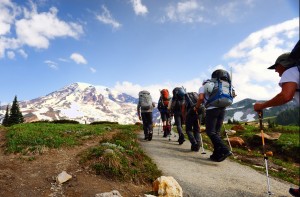 That’s all there is to climbing really, when you get right down to it. The ability to continue upward, regardless of the elements, regardless of fatigue. Putting one foot in front of the other, for as long as it is necessary to get to the summit and back again. It is a physical process, but it is a mental discipline as well. Do this for long enough, you’ll be a climber too.

At least that’s what I’m telling myself.

I have been giving some thought to the notion of fitness, as in “fit to climb.” It has been a long time since I have stood on the summit (of anything), and memory does not serve me well. I don’t recall doing anything special to get myself into climbing shape back then but, after all, that was back then. Lately, there have been days when I have been feeling my age, and that’s at sea level.

I sent an email to Ned, figuring that since he’s going to be the most experienced climber in the group, he might have some training tips, advice for getting fit and keeping fit.

“Whatever you do,” he responded, “you need to make it hurt, and keep going. Hiking and running the hills is good, because you breathe hard when you run, like you will when you climb. Whatever it is that you do, lift weights, clean the house, whatever, you need it to hurt, and you have to push on.” 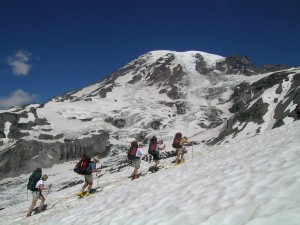 “Hiking and backpacking in the mountains is ideal,” Ned continued, “especially if you don’t get to have an actual training climb on Mount Adams or Mount Baker, or one of the others. If you run, you should run hills. If you hike with a pack, you should hike hills.”

Ned’s points were mostly about the physical elements of the climb and the training that would give a climber the best chance of success. I couldn’t help noticing, however, the underlying theme of the necessity of sound mental fitness as well. “You need to make it hurt, and keep going.” The first part, the “making it hurt” part, is physical. The second phrase, the instruction to “keep going,” is a mental directive, an appeal to mind over matter. It’s this reservoir of mental strength, so difficult to measure or account for, that can often mean the difference between success and failure.

A few years ago, I did a 3-month sea kayak trip around Newfoundland. As part of my preparation for that expedition, in the months leading up to my departure, I would get up early every morning and paddle for an hour or so out on Puget Sound. Every morning, regardless of weather and conditions, whether I felt like it or not. Truth is, there were lots of times I didn’t feel like it, although by the time I got out on the water, I had usually changed my mind.

I didn’t cover that many miles on these mornings. It wasn’t usually about the distance. While getting up and out there was undeniably a physical effort – I did push myself and did my best to “make it hurt” – the training I was trying to accomplish was 100% mental. My goal was to turn this morning ritual into a habit, a sustained tradition if you will, that would carry over into the trip itself.

There are tips online about conditioning routines specific to climbing, and each of the guide services operating on Mount Rainier can answer questions related to physical training. 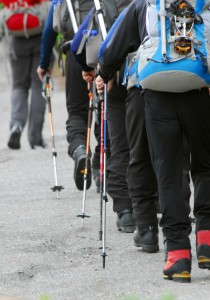 The number of climbers attempting the summit has fluctuated through the years, but the success rates have stayed pretty much the same. (Numbers grew steadily higher until about ten years ago. Since then, they’ve dipped a little and seem to be on their way up once more.) More than 10,000 people have made the attempt in each of the past three years; usually about 4 in 10 don’t get to the top. Last year it was less than 50%.

It is a tough prospect, this business of climbing. It will be infinitely tougher if it isn’t prepared for as best as possible. “You’ll enjoy the climb more, the better the shape you are in, because you will not be suffering as much.” That’s Ned again, and he’s absolutely right. “You’ll be able to enjoy the views and experience, rather than simply surviving it. Strengthen the legs, the lungs, the back and the knees.”

I would add only that you might also want to strengthen your mind, while you’re at it. You’re going to need it eventually.